HomeUnicoBuilders discovered a mighty well under the manor floor 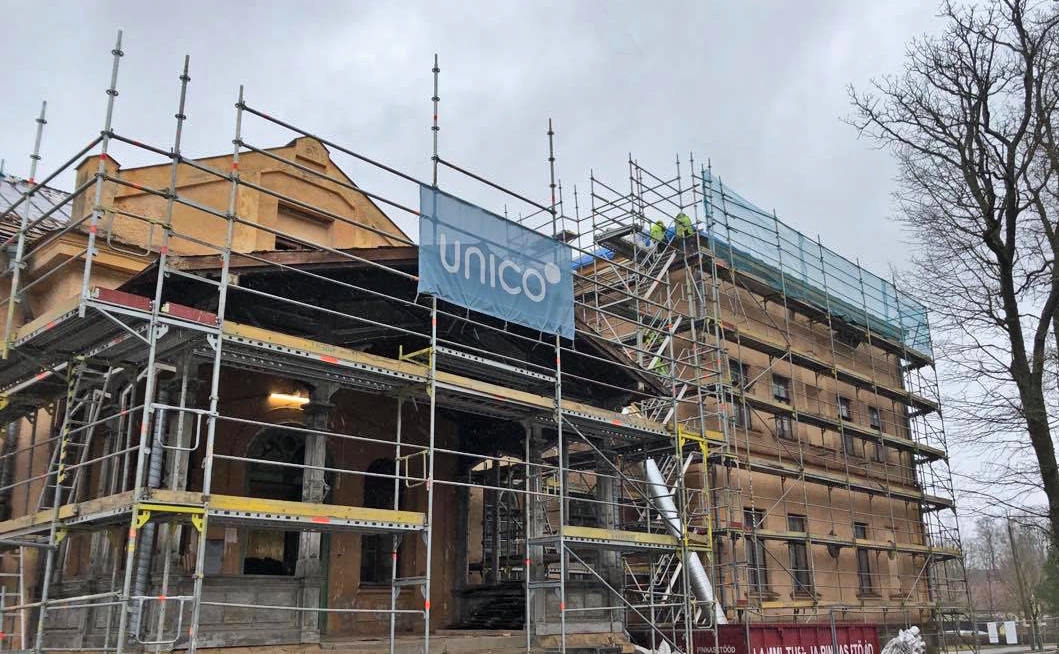 Builders discovered a mighty well under the manor floor

During the construction works of the Viljandi manor, a deep and couple of centuries-old well was discovered from under the floor of the southern part of the building.

The water surface of the well is five meters from the ground with the depth of the water being measured at two meters and the well amounting for almost two meters in width. The walls of the well have been lined with short bricks made especially for this purpose. These have been laid by hand and been perfectly preserved thus far.

The well shall remain in the cafe
Builders nor heritage conservations had any idea about the well with its awe-inspiring size. It had been hiding under a cast concrete floor for decades. When this floor was demolished, a depth suddenly opened, and water was shining at the bottom. It is not known when the wall would have been built nor when it would have been last used as a water intake. During the Soviet era, there had been a garage in that room.

Anne Kivi, Viljandi County advisor for the National Heritage Board, said after taking a peek at the well that it seems to have at least twice the depth as originally thought. The well is built in a clay sandy soil, which is similar to the Devonian sandstone outcrop that lays a few hundred meters south of the manor. The well will remain on the site of the future café hall and it is planned to be preserved and exhibited.

“Glass will definitely put on top of the well. If it is up to the floor surface, that is still open for debate,” said Holland. “Possible that the glass surface will be raised up.”

“You sit at a table and watch. The well is covered with glass on top and lit with lights. Cool!” states Kivi agreeing with the plan.
It is unknown how many manors have wells built inside them. In any case, the well of the Viljandi manor is unique in our county. Anne Kivi does however know of a few horse stables wherein a well was also located. “I do not remember any such examples of manors in our county,” said Kivi. “It is of course possible that wells were still in some other manors, but there is just no data of that. Some medieval wells have survived well outside too, the most famous of which is definitely in the Viljandi Castle. The well of the Viljandi manor is, of course, from a later time period.”

Large manor consumed a lot of water
Why was the well built into the building at all? As a skilled construction expert, Enn Holland is sure that this was done purely for practical considerations. The well is located in the part of the manor house that once housed the servants’ rooms.
“It is very possible that there was still some other piping somewhere, and it is possible that water was pumped, but no one knows exactly,” notes Holland. “There were many servants’ rooms. Separate staircase went up from the corridor for them, consequently there had to have been many servants.”
“This well is very big. There was definitely a huge amount of laundry in the manor that needed washing,” added Anne Kivi. “Water was surely needed in large quantities – this was needed for boiling food and for doing other things.
Viljandi manor was very big. If you look at the lists of old buildings, there were dozens of buildings here. The history of this manor would definitely need a more thorough study.”
Owner of the Viljandi manor, the private limited company Modify is building a hotel with 18 rooms in the main building. The basement of the house will house the kitchen, café and spa. The more presentable rooms on the ground floor will be used as halls and lounges, where conferences, banquets and receptions can be organised.
Viktor Siilats, the majority shareholder of Modify, is hoping to complete the renovation in a year and a half, everything should be ready by next year’s St John’s Day, if everything goes according to the plan. The construction will cost about three million euros.

Sorry, the comment form is closed at this time.